The modern gaming landscape hasn’t been too kind to the horror genre. Aside from a few franchises that have stayed relevant, horror has become a genre where AAA success is near impossible. However, the same cannot be said when referring to indie horror games. Titles of this nature, if made well, can achieve overnight success and become household names in mainstream gaming. This is exactly what happened to Five Nights at Freddy’s upon its release and since then, the series has continued to grow and expand. Offering expansions, spin-offs and other great content. So with this success in mind, it led to us creating FNAF Insider.

We are a team of horror game enthusiasts who are suckers for a good jump scare, and love the rush of adrenaline that comes with them. We as a collective have played all the FNAF main games and spin-offs, we have read all of the novels, have absorbed all the fan fiction like sponges, and we regularly breathe life into our own crazy theories!

The goal of our project is very simple. We want to be the ultimate resource for all FNAF fans out there. We aim to be a comprehensive database that gives players all the information and background they could ever need around this game. So that when they settle in for their night shift at Freddy’s Pizza place, they are in the best position to man the cameras and ultimately, survive the night.

Here at FNAF Insider, our goal is simple. We aim to provide a more professional and refined platform for FNAF fans to learn about the series, interact with other players, and engage with FNAF lore. As we see it, outside of fandom sites, and forums, there isn’t a dedicated hub for FNAF fans to come together. Well, there is now!

We aim to be an inclusive service that caters to all FNAF fans. So if you are a veteran of the series that knows just about every trick in the book to keep Freddy and his animatronic cronies away, or if you are a beginner to the series that jumped into the series hoping to get your adrenaline pumping. We have something that will benefit everyone.

First and foremost, our content will be guide centred. We aim to provide in-depth knowledge to our readers, allowing them to play and understand the inner workings of this game to the best of their ability. This means that you can expect to see content that breaks down the various mechanics which keeps the animatronic evils at bay, you’ll also be treated to character bios, location guides, expansion guides and much more.

FNAF Insider aims to be more than just a blog or a wiki. We are an all-encompassing website that will offer fan-made, expert-led content which caters to newbies and veteran FNAF players alike. We will offer lore guides, gameplay guides, merch guides, news and speculation, fan theories, reviews, interviews, and so much more.

Then we will also provide detailed, opinion-based content. We love giving our writers the freedom to choose their own content adventure so to speak. Allowing them to speak their mind about their favourite game and spark conversations and debates within the community. So expect to see rankings of the best characters, the best content creator runs of this game ranked, the best games in the series compared and much more.

The operation here at FNAF insider is one that has been fine-tuned to run like clockwork. We pin the success of this operation on the writers who consistently produce some of the most eye-catching and well-written FNAF content out there. Our writers not only have years of gaming and writing experience. They are also huge fans of the series and very active within the FNAF community. So we believe that there are no better people to lead the line for us.

For us, authenticity and quality are the primary focuses. With the FNAF content out there being so ‘rough and ready’. We want to make sure that everything we publish is of the highest quality, fact-checked accordingly, and written by a passionate FNAF fan who just so happens to be a pro-writer. In short, we aim to blow the competition out of the water, and with a meticulous eye for detail and a team of experts like ours, it’s only a matter of time!

Then secondly, we have a team of editors that make sure that the content conveyor belt keeps moving at a steady pace. They check for quality, fact check, make sure that the piece looks great and then send it out there for your viewing pleasure.

Then speaking of you guys, you are vitally important as well. Through your dedicated support for the website and the suggestions/feedback that you provide. We are able to consistently better ourselves and grow. So if you have an idea as to how we can improve, please get in touch.

Here are the values that we hold dear here at FNAF Insider:

Now, it’s time to introduce you to our team of writers and nighttime security staff. Our team is packed to the brim with experts in all things FNAF and also, professional writers who know what it takes to create quality content. We love our team and we know that you will too. Here is the FNAF insider team below:

We hope that your time here at FNAF insider prepares you for the night ahead!

Fredrick has been a gaming writer for several years. He fell in love with horror games after being jaded by horror novels and films. But they didn’t scratch that itch until he tried Five Nights at Freddy’s 2. At the time, it was the scariest thing he had experienced. He kept coming back for more and ended up playing the whole franchise. And when he finished the games, he read the novels, devoured the gazillion pieces of fanfiction, and watched YouTube theories. When Fredrick is not trying to survive another animatronic attack, he gets his horror fix from Resident Evil and Doom.

Favorite FNAF Title: Ultimate Custom Night
Favorite FNAF Character: Balloon Boy. He grew on me.
Favorite FNAF Moment: When I experienced my first jump scare in FNAF 2. I’ve had some permanent gray hairs since then.
Underrated Game in the Series: Pizzeria Simulator. I found the restaurant management part interesting.
Best Spin-off: Freddy in Space 2. This is a simple spinoff in a setting I would love to see in a future FNAF game.
FNAF Hot Take: Balloon Boy is not annoying.

Kara has been residing in cozy games writing for a few years now, finding solace in the lands of Animal Crossing and Stardew Valley. However, the world of Five Nights at Freddy’s has been a series of horrors she’s only just become brave enough to face. Despite breaking out into a sweat and shaking slightly every time an animatronic is in sight, Kara has been sinking her teeth into every piece of lore the FNaF franchise has offered. When she’s not patrolling the pizzeria, games like Outlast and Until Dawn will do – for now.

Favorite FNAF Title: Security Breach
Favorite FNAF Character: The Daycare Attendant. I loved the character from the minute I walked into Superstar Daycare. Everything about it is so twisted and enticing.
Favorite FNAF Moment: Crowding around a computer with my friends in school to play the first game and experiencing true fear for the first time, and finding my fear of animatronics.
Underrated Game in the Series: Sister Location simply isn’t talked about enough. It’s one of the best additions to the franchise but lost its hype a few months after its release.
Best Spin-off: The Freddy Files. What can I say, I’m a sucker for 16-Bit! The jumpscares get my heart racing just thinking about them, I’ve been sleeping with one eye open since.
FNAF Hot Take: Vanny’s character in Security Breach seemed almost irrelevant in the game, despite playing such a huge role in the lore.

Damien is a keen gamer and an esteemed writer within the industry, having contributed to sites like Screen Rant before focusing on dedicated fan articles for FNAF Insider. His biggest passions within gaming usually sway towards anything that offers thrills, chills, and plenty of folklore, and for that reason, FNAF is among the most beloved and highly-recommended games in his library. While he can never get enough of the series’ thrilling gameplay, for the most part, it’s the lore, and indeed the fan-fiction, that has kept him engaged with the series for so long and he can’t thank Scott Cawthon enough! 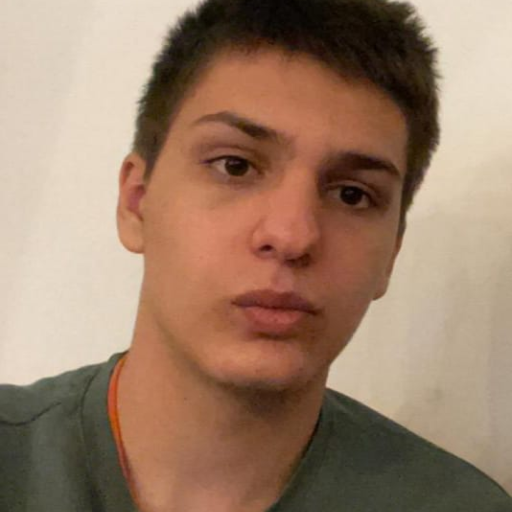 Ognjen is an enthusiastic gamer and content writer. One of his favorite video game genres to write about is horror – back in the day, he quickly fell in love with classic horror games like Silent Hill, F.E.A.R, and especially the newer Five Nights at Freddy’s. Among all games, FNAF stuck with him the most as the concept of horrifying animatronics hunting you through the night was fascinating to him at that time and still is today. He would always be excited when a new FNAF game was about to come out, and after all those years, he’s still invested in everything about the series, the same way he has been since day one.

Favorite FNAF Moment: The Happiest Day – the hidden minigame from Five Nights at Freddy’s 3 where the souls of William Afton’s victims finally get to peacefully pass on

Underrated Game in the Series: Five Nights at Freddy’s 3

FNAF Hot Take: Five Nights at Freddy’s 3 is one of the best entries in the series that definitely requires more recognition from the fandom