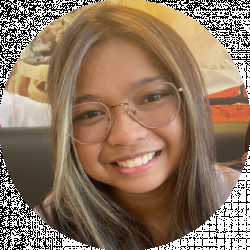 Elitz Caballero
Elitz is a sucker for lore, and if it's a narrative with a healthy dose of horror, then all the better. She's a huge fan of games like Plasmaphobia and Poppy Playtime, but nothing comes close to rivalling the joy she gets when playing FNAF. She's played every game in the series, read all the books, and has all the info needed to be your guide to this intriguing and creepy series!

I am obsessed with plushies. When I was young, I loved collecting plushies from my favorite franchises, such as Pokémon and Care Bears. There are many reasons to buy and collect them— they are great room decors that give your room a more wholesome and welcoming vibe.

It is no surprise that plushies are one of the most popular merchandise of FNaF. Despite Freddy and his gang being murderous machines, surprisingly, they are adorable in their plushie forms. The animatronics may be terrifying, but they are slowly growing on me to the point that I want them by my side when I sleep – as surreal as it sounds.

The characters in FNaF have amazing and unique designs making them fun to collect. Aside from being adorable and unique, I also love having FNaF plushies because they are durable and high-quality.

It can be hard to choose because there are so many FNaF plushies in the market. Don’t worry about it because we will tackle different tips and tricks in selecting and buying your FNaF plushies!

Plushies are fun merchandise for children and adults to enjoy and play with. FNaF offers tons of high-quality plushies of our favorite animatronics. Use them as part of your room décor or make them your hugging companions when you need one.

There are thousands of plushies to choose so it could be overwhelming for some of you. This guide will give you tons of advice on where to find quality FNaF Plushies, my recommended top pick, and what I want for my FNaF plushies.

Plushies or ‘Plush’ are stuffed toys for children or even room decorations. They are usually made with synthetic fiber such as polyester and cotton to make them soft and durable. Plushies are also covered in fur, making them great things to hug in case you need one.

Plushies have exaggerated features, such as bigger eyes and smaller bodies, to make them look cute and appealing. Plushies are not necessarily featuring cute animals – human characters, things, and even monsters can be turned into plushies.

It is not necessarily a children’s toy. There are plenty of adults (just like me) who love collecting this merchandise regularly. They are so fun to have, and they can guarantee to brighten your room’s atmosphere.

Where to Shop for FNaF Plushies?

FNaF Plushies are very popular merchandise, so there are a lot of people who love selling them. It is in your best interest to know what you are buying is legitimate and of high quality, but it can be a difficult task considering that the market is huge.

Worry not, retail stores offer reliable and high-quality plushies, but if you prefer to shop online, it could be challenging. It is safe to say that the best site to go looking for reliable sellers of FNaF plushies is Amazon.

Other sites that you can visit include:

A lot of companies are selling FNaF Plushies with varying qualities and design choices.

When we talk about FNaF plushies, we should not forget about the Fazbear Fanverse Initiative. The project was developed by Scott Cawthon himself to help creators of fan-made FNaF games to have a chance to earn a profit with their works. It was Scott’s way of giving back to the community for their support.

The Fanverse Project offers plushies from popular fan-made characters such as Candy the Cat and Pop Goes the Weasel. The project is still ongoing, with more future releases to come.

You can find amazing FNaF plushies from these fan-made games:

My Picks: Top 10 Recommended FNaF Plushies of All Time

My Selection Criteria: How I Chose My Top Faves

Foxy is one of the most iconic FNaF characters in the Franchise. His character in the first game was unique because he remained hidden at the start of the game. Only emerging once, the player neglect to look at Pirate Cove. He will run towards the office and drain the battery making the game even more challenging to survive.

His pirate-themed appearance, complete with a hooked hand and eyepatch, would make him a terrifying animatronic. However, his plushie is adorable. His fluffy ears and eyepatch made it very endearing to look at. Foxy’s plushie has different colors, but I like this version the most. The plushie’s light blue and pink combination would make it stand out in your room.

You might be forgiven if you are not familiar with El Chip. He first appears in Freddy Fazbear’s Pizza Simulator and Ultimate Custom Night. He serves as the official mascot of the unseen restaurant, El Chip’s Fiesta Buffet.

His appearance is similar to Chipper, a character that starred in one of Scott’s older games called Chippers and Co. He was also supposedly the fourth animatronic in the first FNaF game, but his similarities with Chipper made Scott make Foxy instead.

His most distinctive feature was his sombrero to add to his Mexican-themed appearance. His sombrero made his plushie cuter. His buck teeth made him even more adorable and reminded me of Goofy, one of Disney’s most iconic characters.

Shadow Bonnie is probably the most terrifying character in the FNaF Franchise. His shadow covered his body, except for his empty eyes and glowing teeth. This mysterious entity has appeared in numerous sequels and spawned hundreds of fan theories.

Nobody would expect that he would also have his own adorable plushie. The plushie is my favorite because of its unique appearance. It is cute and terrifying, much like our love-hate relations with the animatronics.

I also love how its empty eyes with tiny eyebrows gave him a relaxed look instead of malevolence. His grey ribbon added to the cuteness of this otherwise terrifying plushie, though you can barely see it.

Yet another Bonnie plushie is added to my Top 10 Plushie list. It looks like a typical Bonny Plushie but with a pinch of insanity. It has sharp teeth lining its mouth, damaged fur with bald spots, and bulging eyes. Weirdly, it kind of reminded me of a Chihuahua.

While the Shadow Bonnie Plushie has that malicious appearance, this plushie appears rapid, unstable, and crazy like a Chihuahua.

Balloon Boy’s appearance belongs to the Uncanny Valley, a feeling of seeing something like a human but not quite. Phantom Balloon Boy, on the other hand, is the stuff of nightmares. His green skin only made his glowing eyes and creepy smile much worse.

If you expect that his plushie can make him look cute, you are dead wrong. His plushie is just as terrifying as the original. If your other plushies can talk, they will plead to you to return this monstrosity. There are other ways of using Plushies such as this other than being a cute display. This can be used as a Halloween decoration, pranking your little siblings, or adding a general creepiness into your room.

Now it is unfair to put two plushies in one spot on my Top 10 list. However, I consider them as one because I believe that each plushie felt incomplete without the other. What is the Sun without the Moon? What is Dark without Light?

The Daycare attendant is both cheeky, funny, and a bit insane, and you can see that in the plushies. If you love opposing themes in your room, then I will definitely recommend this set.

Funtime Freddy is one of the most unique among the Freddy variants of the Franchise. Aside from having a pink-and-white color combination, his most distinctive feature is having a Bonnie sock puppet on his left hand.

His unique color combination and sock puppet translated well into his plushie version. The plushie and its doll look adorable. His bowtie and ribbon also help with the plushie’s cuteness.

If you want to decorate your room with wholesome plushies, this plushie can be a great addition.

Montgomery Gator is probably the coolest character within the FNaF franchise. His rockstar appearance made him charming and fun to watch. Even though he is an antagonist in FNaF: Security Breach, I still like him as a character. Not to mention, his boss battle was also a fun experience to play.

T plushie exaggerates his snout, but it makes him look even cuter with it. If you want a little rockstar in your bedroom, this plushie is your jam.

This is my second-favorite FNaF plushie because of the design alone. I love how the yellow lines emphasize Freddy’s limbs, face, and stomach. It complemented it well with a shade of red that is not too light nor too dark. Sadly, this Freddy variant does not exist within the canon games; it was designed purely for merchandising purposes.

Orville the Elephant is also not a well-known FNaF character because he only appears in Pizza Simulator and Ultimate Custom Night.

Despite his rather insignificant presence, his plushie is a must-have. Yellow to brighten your day, big puppy eyes that are begging for a hug, and his tiny trunk that makes him stand out. His purple top hat is just an icing on the cake.

Question: Where can I buy good FNaF plushies?

Answer: There are plenty of great plushies with good deals on Amazon. In cases when they are out of stock, Redbubble is my second go-to website for shopping. Hot Topic, Sanshee, and Funko all have their own official websites if you are looking for a certain brand for your plushies.

Question: What is a good place to put your FNaF plushie collection?

Answer: Good thing about FNaF plushies is that you can place them anywhere! Personally, I like to place them on my bed because they are soft enough to be used as little pillows. However, if you have dogs and children in your household, you would want to place them somewhere they can’t reach. Nothing sours your mood faster than seeing your FNaF Plushie collection torn to shreds.

Question: Can you give Plushies to an adult?

FNaF Plushies are the best merchandise to buy as a gift for both young and adult fans of Five Nights at Freddy’s. They are great room decorations, stress relievers, and hugging buddies. FNaF plushies come in all shapes and colors, making them fun to collect them all.

For me, my favorite plushie is definitely Shadow Bonnie Plush. Its coloring is so unique because it is totally black, and I have never seen any plushie as dark as this. I also like it because it is both cute and terrifying to look at. My second favorite is Live Wire Orange Freddy because of its intricate design and great color combination.

Shopping online can be very risky, and FNaF Plushies are no exception. To minimize any risks, try shopping on reliable websites such as Amazon or the official websites of famous brands like Funko. Be sure to always check the plush’s description so that you will know more about its materials, size, and shipping lengths.