(Warning: This article contains spoilers for the Five Nights at Freddy’s book series)

Henry Emily is one of the most important characters in the series and the main character in Freddy Fazbear’s Pizzeria Simulator. He is one of the two founders of Fredbear’s Family Diner, partnered with William Afton, who later on in the series became a murderer responsible for all the bad stuff currently happening.

Henry is more present in the novels than in the games; he has a rather different story in the novel series. The game and the book series don’t share the same universe, but they are linked in many ways. 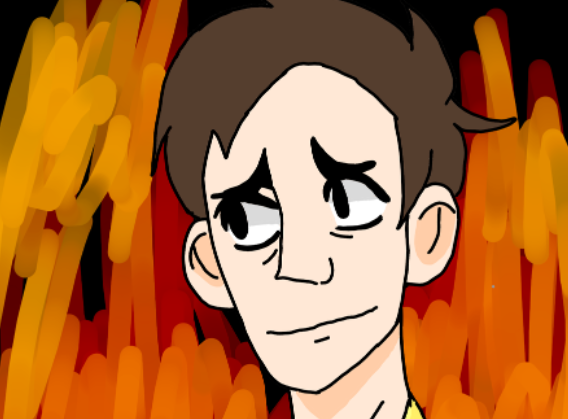 The suits could also function as normal animatronics who would move and do stuff independently when the spring locks are activated.

It was the newest invention back then, which attracted many people. It became a popular place for children to celebrate their birthdays. The restaurant grew with prosperity, it was a booming business, and it featured animatronics that the world had never seen before.

But it was bound that something bad had to happen. Under undisclosed circumstances at first, the first restaurant had to close, leaving the two animatronics out of use for quite some time. The tragedy at Fredbear’s Family Diner is the sudden disappearance of Henry’s daughter – Charlotte Emily.

Being one of the main people in charge of the pizzeria, Henry was suspected of murder. But the police eventually let him go as there was not enough evidence for that claim, and he is her father after all. The suspicions were transferred to William Afton, as he was the only one in charge capable of committing such a crime in the pizzeria without getting caught. And in the end, that was all true.

William Afton killed Charlotte Emily, or Charlie by the nickname, while no one was around. The motive behind that crime is still unknown. 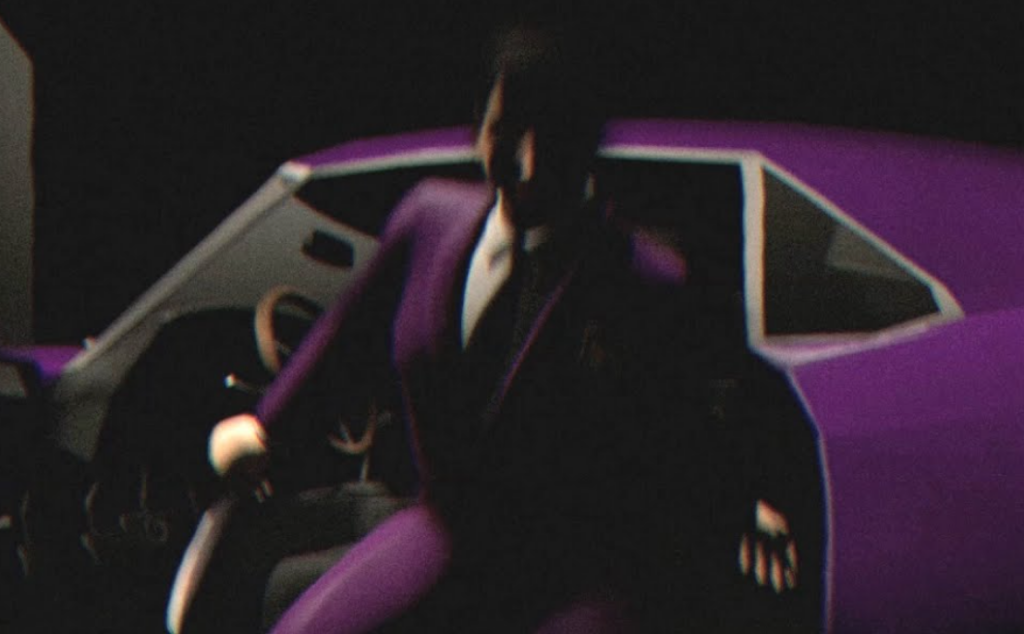 The murder of Charlie is visually shown in two minigames in two of the Five Nights at Freddy’s games. The first minigame where she was seen getting murdered is “Take Cake to the Children.” That is a death minigame from Five Night’s at Freddy’s 2 that has a chance of occurring if the player dies during the night.

During the minigame, the player plays as Freddy Fazbear, and he has to take the cake to six children in the room along with him. While you are focused on taking care of the children, a child is left outside the pizzeria that can be seen through the window. He is crying because no one notices that he is alone.

A purple call slowly pulls up next to the child. William Afton will come out of the car and kill the child. The child’s sprite will turn grey, and it will be followed up with the Puppet’s jumpscare, ending the minigame. The second minigame, which depicts Charlie’s death, is more detailed and in-depth.

This minigame is present in Freddy Fazbear’s Pizzeria Simulator – the sixth canon installment of Five Nights at Freddy’s. You will have to buy the Security Puppet from the Rare Finds Auction catalog to participate in it. Place him in the pizzeria, and you will be able to play the minigame.

The secret minigame will show a child yet again; this time, it’s visibly noticeable that it is a girl locked out of Freddy Fazbear’s Pizzeria. The Security Puppet that takes care of the children in the pizzeria can’t come to the girl’s rescue because he has a large box on top of the box where he is situated.

While trying to leave the box, the girl will slowly fade away from the window, indicating that she got murdered. The Security Puppet will finally leave the box, and now it’s your job to find Charlie; the minigame will end when you find her dead body in an alleyway behind a building.

Henry Emily appeared for the first time in the game in Freddy Fazbear’s Pizzeria Simulator. After a few decades have passed, somewhere after the year 2023. Henry opened another pizzeria designed to serve as a trap for the animatronics who are still alive.

Henry had a big wish to end everything his ex-colleague – William Afton, had begun. He wanted to make sure that the souls of the murdered children were finally at rest.

The animatronics that he lured in were:

Scrap Baby – The remains of Circus Baby, which got kicked out from the Ennard animatronic amalgamation. He lured in Scrap Baby by pretending to be her father – William Afton, who she thought was giving her instructions.

Molten Freddy – All Funtime animatronics inhibited the Ennard but without Circus Baby. They kicked her out for an unknown reason.

Scraptrap: A counterpart of Springtrap, or William Afton, survived the fire that occurred at the Fazbear Fright’s horror attraction in Five Night’s at Freddy’s 3. His appearance is completely different now; the fire has made him collect any parts that he can use for his body.

Lefty: Animatronic that was specially made for the Puppet. That had the soul of his daughter – Charlotte Emily. In the Insanity ending, you find out that Lefty is an animatronic designed to capture the Puppet. Henry made him because he wanted to get a hold of his daughter, so he could finally free her soul.

He gathered them all up; the remaining animatronics were trapped in the pizzeria, unable to leave. The temperature started slowly rising as Henry directly spoke to the burning animatronics.

He had a quick talk with the murderer of his daughter – William Afton. He directly told him, “Although, for one of you, the darkest pit of Hell has opened to swallow you whole. So, don’t keep the Devil waiting, friend.”, which in Ultimate Custom Night is the exact thing that happened to him.

He then spoke with his daughter for the last time, apologizing for not being there for her when she needed him the most, telling her how he is there for her now.

The building and the animatronics burn down, and the souls of the murdered children are finally free, ending Freddy Fazbear’s Pizzeria Simulator.

Henry Emily has a much different personality in the book series. In the novel, he is a grieving man who suffered a tremendous loss – the death of his daughter.

Henry Emily is one of the founders of Fredbear’s Family Diner; he was the main engineer that built all animatronics. He is the creator behind the spring-lock system with which he made Spring Bonnie and Fredbear, two animatronics that can be deactivated and worn like a suit.

Henry had a wife, and twins, which were called Charlotte and Sammy. He cared about Charlotte the most, as Sammy was more attached to his mother. Charlotte being Henry’s favorite had special little toy animatronics made just for her, which she would play with.

Everything was going how it should; Fredbear’s Family Diner was experiencing major success. But unfortunately, it didn’t last for too long because a major tragedy occurred at the pizzeria. During the unknown hours, Charlotte Emily got murdered by William Afton with unknown intent.

This all sparked a major controversy at the Fredbear’s Family Diner, which forced it to close down eventually. Henry was the first suspect, but he was let go because of a lack of evidence and the fact that she was his daughter.

Going through all that grief and the divorce with his wife, Henry continuously cried into an animatronic toy doll that he had created for Charlie – Ella doll; it is one of the few things that he had in memory of her.

The doll has absorbed all of his negative emotions – agony, hatred, sorrow. All of those emotions have accidentally made the doll alive. This gave Henry an idea to bring Charlie back into his life by recreating her in the form of four robots that would represent each one of her aging phases.

The robots would represent Charlie as a toddler, child, teen, and adult.

He planned to recreate her appearance with the help of illusion discs – discs that emit high-pitched frequencies which can alternate someone’s perception of things around him. He focused his life on constantly recreating his daughter because he was unable to accept that she was gone; he could not move on. He was unable to deal with the amount of emotional damage.

That wouldn’t last for very long; when he reached the fourth phase of recreating her, he concluded that this was not his daughter; she had passed away a long time ago.

As the Ella doll came to life because he poured all of his emotions directly into her, the same thing happened with the adult version of Charlie. She got filled with rage and sorrow before she finished; Henry then decided not to complete her. He locked her in the closet.

The last novel in the trilogy – Five Nights at Freddy’s: The Fourth Closet, continues her story, where it comes to an end. 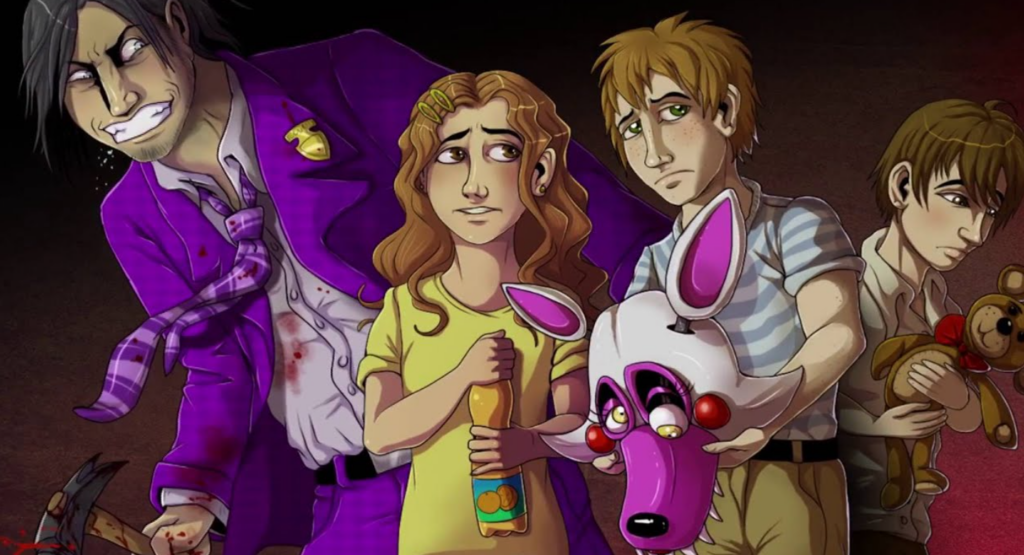 After some time, Henry Emily and William Afton opened another restaurant called Freddy Fazbear’s Pizza. Where the first animatronics that everyone knows would appear – Freddy, Bonnie, Chica, and Foxy.

This pizzeria wouldn’t also last for a long time since William Afton decided to commit more crimes while dressed in the spring-lock animatronic suit. He lured five children and ended their lives inside the pizzeria, stuffing the dead bodies into the animatronics and hiding them in plain sight.

All those crimes and new suspicions made it the place of controversy again, forcing the pizzeria to completely close down. Henry was the main suspect in the murder of those children, but there wasn’t enough evidence for that claim.

Due to everything that happened, Henry couldn’t keep it anymore; he completely lost his mind. In a short period, he built an animatronic called Suicide Bot, which, not so short after, ended Henry’s life upon his request.

Answer: Henry Emily didn’t accomplish the entirety of his goal, but the majority. He freed the souls inside of Molten Freddy, he freed Elizabeth Afton, and most importantly, his daughter – Charlotte Emily. William Afton survived but not in the form of Scraptrap.

Question: Where in the world does this story take place?

Answer: In the novels, it is confirmed that the story takes place in the United States, to be exact, in the state of Utah, in the city of Hurricane. That is most likely the location where the entire franchise takes place.

Question: In which novels does this all take place?

Henry Emily is a complex character. In the game, he was a man that was put together and confident enough to move on. Instead of spending his entire life in sorrow, he gave it a new meaning.

While Henry Emily, from the universe where the novels take place, is a mentally unstable man who can’t process the thought of his daughter not being alive. He is an important character in the whole story of Five Nights at Freddy’s. Henry has a major role in the entire FNAF saga.